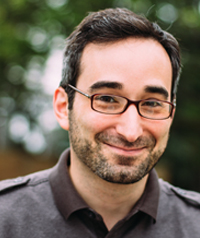 Assistant Professor Acting, Voice, and Speech, Program Director for the BFA in Acting

Dr. Deric McNish earned his MFA from the conservatory at Case Western and the Cleveland Play House and his PhD from the University of Colorado Boulder. He is a member of SAG-AFTRA and Actors’ Equity Association. Deric’s work focuses on the scholarship of inclusive, accessible, and interdisciplinary teaching and learning. He develops performance-based approaches to English language learning and he works to make the creative process accessible to people with disabilities. Recent publications include his co-authored book, Teaching With Drama (University of Michigan Press), “Training Actors with Disabilities” which appears in New Directions in Teaching Theatre Arts (Palgrave Macmillan), “Performance of Fluency” which appears in the Voice and Speech Review, and “A Moving Target: Success and the Reset Button” which appears in Perform: Succeeding as a Creative Professional (Focal Press). As Senior Editor of the International Dialects of English Archive, Deric contributes to a growing digital collection of international voice samples. Deric has narrated several audiobooks and performed on stage in national tours and at theatres including the Shakespeare Theatre of New Jersey, the Porthouse Theatre, the Cleveland Play House, and the Metropolitan Opera. On camera work includes Guiding Light (CBS), Third Watch (NBC), and several films. Deric directed several productions at Michigan State and The Summer Circle Theatre, including multiple devised and world premiere musicals and plays. Deric has worked as a dialect coach for professional theatres in New York and Michigan. Deric received the 2019 All-University Teacher-Scholar Award, the 2018 AT&T Award for Innovation in Instructional Technology, the 2017 Innovation and Leadership Award for Faculty, the 2017 Fintz Award for Teaching Excellence in the Arts and Humanities, and the 2016 Dudley Knight Award for Outstanding Vocal Scholarship. He received fellowships for the 2019-20 Hub for Innovation in Learning and Technology, the 2019-20 CAL Leadership Fellowship, and the 2018-19 Adams Academy for Instructional Excellence and Innovation. 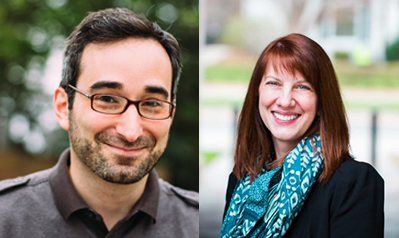